Written by  Peter Flynn Apr 23, 2020
Published in Bitcoin
Tagged under

The third Bitcoin halving is expected to occur on 12th May. When comparing the price movement and technical readings of the first two halvings, the similarities are scarce.

Numerous investors and speculators are anticipating this event and the general interest is at an all-time high, as evidenced by the rapidly increasing google searches for the term “Bitcoin halving Bitcoin halving is when the amount of new bitcoin created and earned by miners is cut in half. However, it is not yet clear what effect this event will have on the price, due to the bleak economic climate.

Well-known trader @TheCryptoDog made an interesting inquiry on Twitter about the possibility of the halving being priced in:

As stated previously, the Bitcoin halving is projected to occur on 12th May. Below, we will take a closer look at the BTC price movement and compare it with the previous two halvings in order to see if any similarities arise that can help us determine if the event is priced in.

During the first event, the high was reached 105 days prior to halving. On that date, the weekly RSI briefly went into overbought levels before dropping sharply.

Similarly, the RSI jumped to overbought levels during the top prior to the second halving. However, this top was reached only 28 days prior to the first event. Similarly, both the price and the RSI decreased after this top. However, unlike the first halving, the decrease continued well after the event — with the price reaching a low several weeks afterward.

However, the current movement is quite dissimilar to the first two: 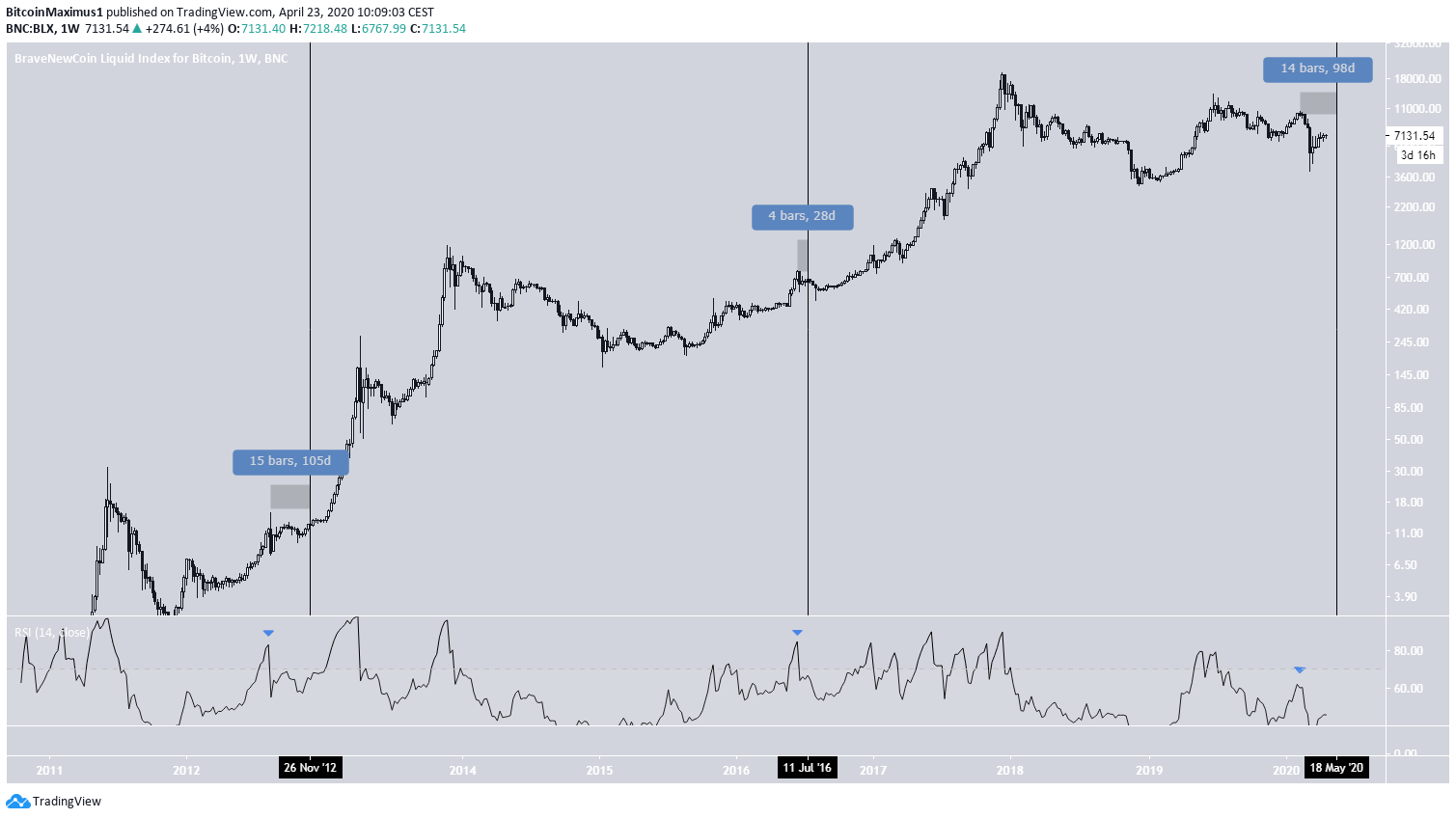 While the sample size of only three events is not sufficient to make predictions, the price movement and RSI readings of the third Bitcoin halving are quite dissimilar to the first two. The dates for the first two halvings and the projected date for the third one are shown with vertical lines in the graph above.

Bitcoin price closed its weekly candle at roughly $9,325 and dipped to £8900 very briefly.

Bitcoin is a cryptocurrency created back in 2009. Marketplaces called “bitcoin exchanges” allow people to buy or sel...

PayPal and bitcoin to collaborate

The hot news today is from PayPal, the well-known payments company, is getting ready to introduce a cryptocurrency buyin...

Bitcoin is seeing an uptick in transaction fees in the past few weeks, now on similar levels to fees during the summer o...

Bitcoin tries to go above $9,300 but is expected to go down

The Bitcoin price has broken out from a short-term descending resistance line but still has yet to move above its 30th A...

The environmental concerns of Bitcoin mining

Following bitcoins rise two years ago in 2017 to highs of $20k+, the question was asked on whether the leading cryptocur...

Recent proof that Bitcoin is better than Gold

The Bitcoin market is moving upwards once again. The cryptocurrency has seen its price rise by more than 150 percent fro...

There are now 8000 bitcoin ATMs have been installed on a global scale.

Bitcoin price spiked on Wednesday following a recent dip from highs above $9,500 to levels slightly above $8,600. ...